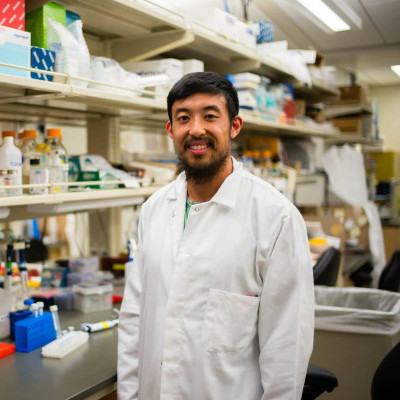 Kevin graduated from the University of Melbourne completing a combined Bachelors of Law (LLB) and Science (BSc) in 2008 before undertaking his PhD (2011-2015) at the Walter and Eliza Hall Institute in the lab of Axel Kallies, investigating the transcriptional and metabolic regulation of effector, memory and exhausted T cells. He underwent postdoctoral training at the University of California, San Francisco under Prof Ajay Chawla (2016-2020), studying the regulation of host defense and immunity by adipose-tissue dependent adaptive thermogenesis during malignancy and infection.  Currently, Kevin continues his postdoctoral training at the Peter Doherty Institute where he is researching the function, the molecular differentiation, and metabolic regulation of tissue resident memory T cells and stem-like exhausted T cells that arise in tumors, and during acute and chronic persisting infections.