Teaching, testing and reporting on hepatitis: Kathy Jackson in Kiribati

It is estimated that 15% of the residents from the low/middle-income country of Kiribati is living with chronic Hepatitis B infection. In addition to this, 40% of hepatitis B surface antigen (HBsAg) carriers also have a co-existing hepatitis D viraemic infection. 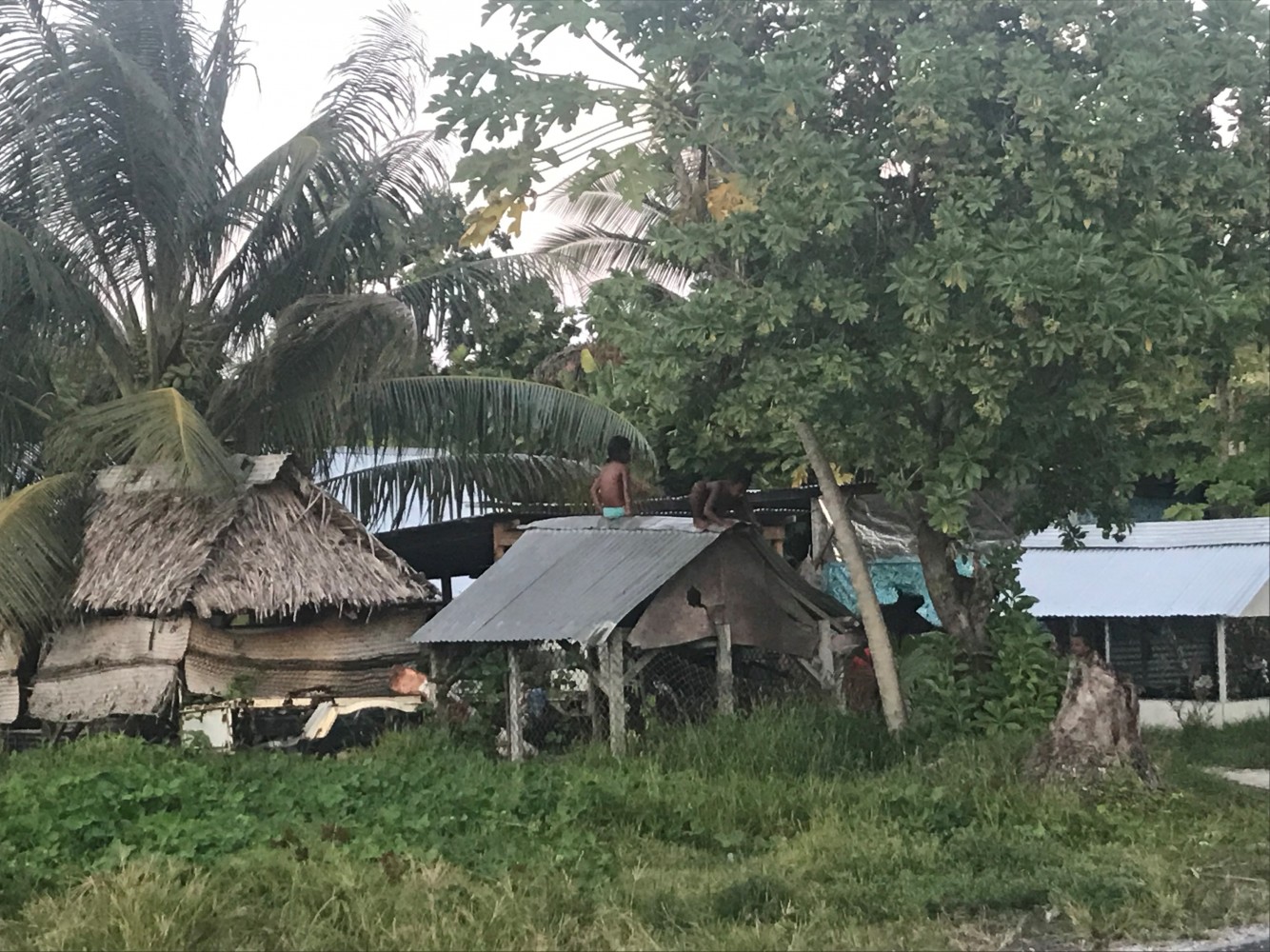 Kiribati is a remote Island Republic in the Micronesian Pacific Islands consisting of 33 coral atolls (an island formed by a ring-shaped coral reef encircling a lagoon) spread over 3.5 million square kilometres. Around half of the population - appox 110,000 people - reside in the countries capital, South Tarawa.

Located in the over-crowded South Tarawa is the Tungaru Central Hospital (TCH), the islands main medical centre. The hospital does not have a liver clinic, there is no staging of liver disease and nucleoside analogue therapy has not been made available. Currently the laboratory does not have the capacity to perform detailed serological and molecular testing, instead the laboratory staff perform rapid diagnostic tests for Hepatitis B including HBsAg, liver function tests and full blood counts.

A source of free Tenofovir (a medication used to treat chronic hepatitis B) has recently become available for Kiribati for the treatment of HBV. With the expectation of the first shipment of this anti-viral medication arriving in the country, an invitation to visit Kiribati was extended from the Ministry of Health. On January 29, 2018, four team members arrived in South Tarawa. The team included Dr Po-Lin Chan (WHO WPRO regional Office), Dr Alice Lee (Director, Hepatitis B Free), Dr David Hilmers (Professor, Baylor College of Medicine, Houston) and Kathy Jackson (Senior Scientist, VIDRL, WHO WPRO CC) with a portable ultrasound and Fibroscan.

Two liver clinics were also conducted with 68 patients in attendance. Due to a previous initiative by VIDRL co-ordinating an on-going study with TCH involving the testing of serum samples from HBsAg positive individuals, patients were able to be prioritised according to the analysis of more than 200 laboratory results. TCH medical staff were trained in the use of Ultrasound, Fibroscan and medical assessments of patients for cirrhosis and staging of liver disease. 12 patients were identified for immediate Tenofovir treatment. The remaining patients will be monitored every six months for worsening of their liver disease.

The liver clinics revealed the extent of the morbidity and mortality of HBV and HDV infection in the country. Several patients described the deaths of family members with liver disease-related symptoms. The youngest patient who attended the clinic was a five year old boy with HBV-HDV coinfection and hepatomegaly. The boy’s 33 year old mother was cirrhotic and a candidate for immediate commencement of treatment.

The Kiribati minister and secretary for health were briefed on the results of the mission. The recommendations included:

It was encouraging to find the TCH staff and ministry were receptive and engaged with the team's plans, another clinic visit will be organised in the near future to ensure the momentum continues.

The team would like to thank WHO Representative Office in Kiribati, Tungaru Central Hospital, Ministry of Health and Medical Services, and in particular Ms Rosemary Tekoaua (Chief of Laboratory Services).