About half the world’s population is at risk of contracting dengue fever, and Professor Cameron Simmons of the Doherty Institute is at the forefront of research underpinning an Australian-led effort to curtail the spread of the disease by mosquitoes.

Professor Simmons is Chief Investigator and Director of Impact Assessment for Eliminate Dengue, recognised last night in Canberra at the NHMRC Research Excellence Awards as its top-ranking program grant for 2016. Doherty Institute Director Professor Sharon Lewin was there in her capacity as a member of the NHMRC Council, as was Eliminate Dengue director and fellow Chief Investigator, Professor Scott O’Neill of Monash University, who was named in the award.

“We think we’re on the cusp of delivering a transformational improvement to the way that arboviral diseases such as dengue and zika are controlled in the tropical world.”

The World Health Organisation ranks dengue as the most important mosquito-borne viral disease in the world – and the most rapidly spreading – with a 30-fold increase in global incidence over the past 50 years.

Each year, there are an estimated 390 million dengue infections, with 500,000 of these developing into dengue haemorrhagic fever, a more severe form of the disease, which results in up to 25,000 deaths annually worldwide. It is a cause of serious and illness and death among children in some Asian and Latin American countries.

Global efforts are focused on developing a vaccine and controlling mosquito populations (the international trade in second-hand tyres is a frequent source of outbreaks). The Simmons lab (along with Professor Ary Hoffman of the University of Melbourne and Bio21)  focuses on a third mode of attack – using the naturally occurring Wolbachia bacteria to block the ability of the Aedis Aegypti mosquito (or in China, the tiger mosquito) to infect humans. 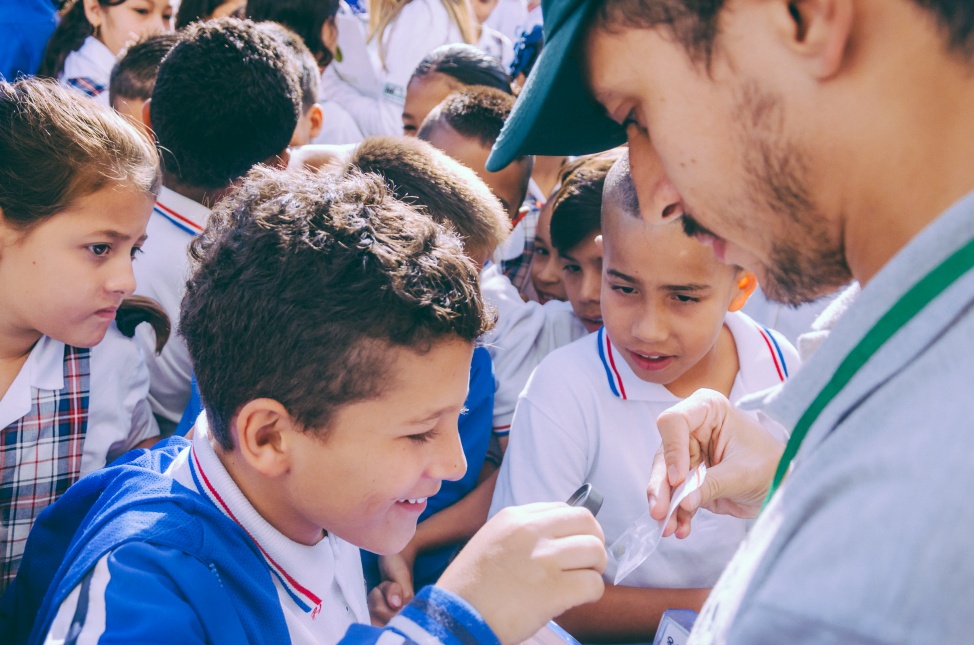 By demonstrating our method was safe and effective in Australia we’ve been able to launch globally. We aim to be working in 20 countries in the next 5 years.

Our biggest challenge in the next 12 months is delivering our technology to five million people in Rio De Janeiro and Medellín.

Professor Simmons’ mission is to measure the public health benefits delivered by Wolbachia biocontrol – a mission that began in North Queensland in 2011.

“We’re grateful to the residents of North Queensland who were the first communities to have this technology deployed.  By demonstrating our method was safe and effective in Australia we’ve been able to launch globally. We aim to be working in 20 countries in the next 5 years.

“Our biggest challenge in the next 12 months is delivering our technology to five million people in Rio De Janeiro and Medellín – these are sometimes difficult places to deliver community-level interventions.

“We’ve also commenced a phase III efficacy trial in the City of Yogyakarta, Indonesia- but the results won’t be available until 2020.”

In March 2017, a $7 million NHMRC grant to support ongoing work to protect areas of Northern Queensland from outbreaks of dengue and zika, and to develop the technology for large-scale international deployment. The plan is to make it more affordable for at-risk communities, at a cost of US$1 per person.

“As a sustainable, long-term approach, we believe our Wolbachia method has the potential to greatly reduce the global burden of mosquito-borne diseases,” Professor O’Neill said in Canberra last night.

Eliminate Dengue was established with funding from donors such as the Foundation for National Institutes of Health, Wellcome Trust, the Tahija Foundation and Gillespie Family Foundation. Funding has also come from the Australian and Brazilian governments.