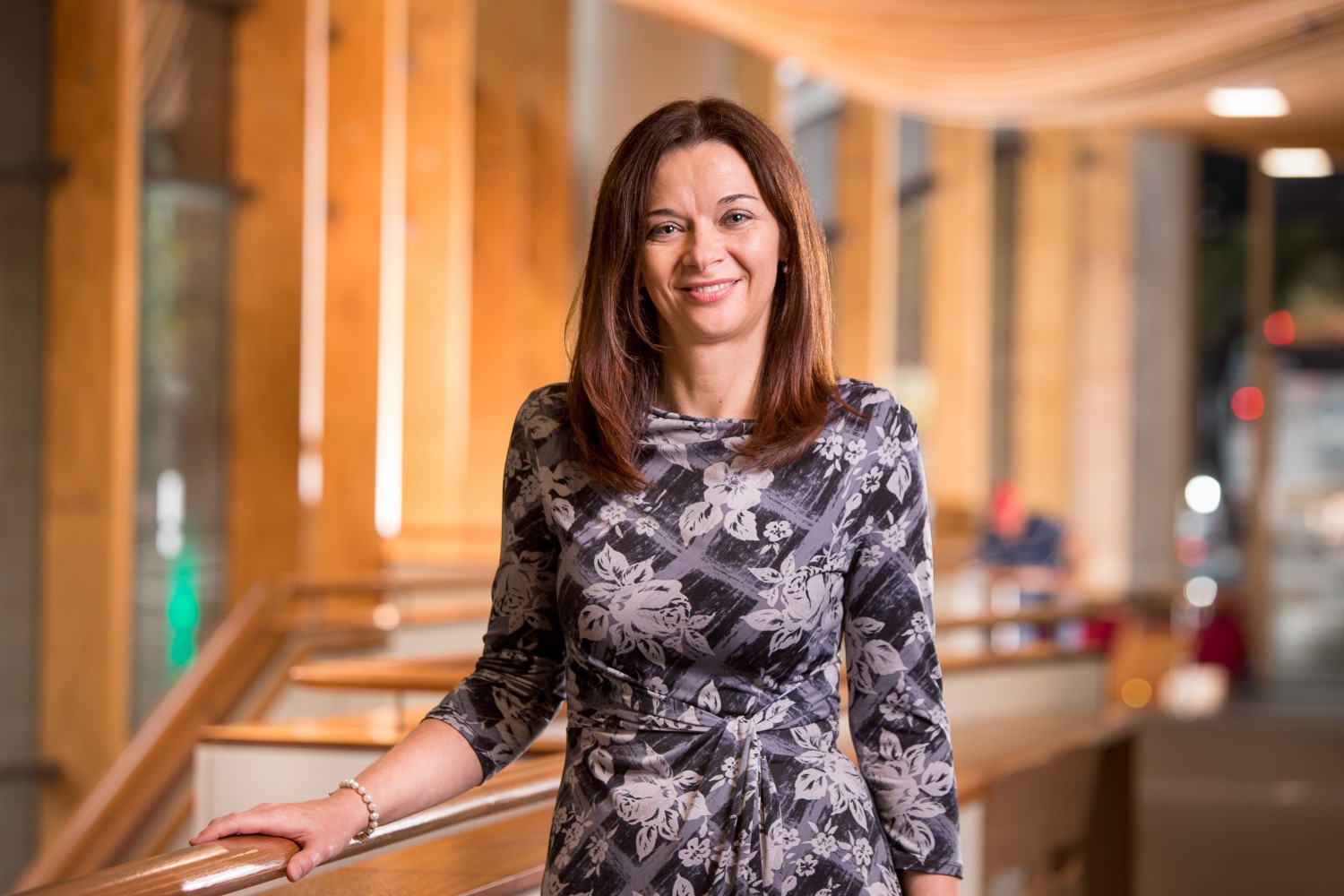 Since receiving her PhD from Monash University in 2002, University of Melbourne Professor Katherine Kedzierska’s career has been on an upwards trajectory, including significant scientific discoveries, publishing close to 130 peer-reviewed papers and receiving some of Australia’s leading scientific awards, including the Australian Academy of Science Jacque Miller Medal in 2016 and the Australasian Society for Immunology Gordon Ada Senior Award in 2017.

But it all began at the Burnet Institute in Melbourne where Katherine worked with distinguished HIV clinician and researcher Professor Suzanne Crowe AM. Katherine’s studies proposed mechanisms of why HIV-infected patients develop specific opportunistic infections as their disease progresses. It was this research that earned her a Premier’s Commendation for Medical Research and the Monash University Mollie Holman Doctoral Medal.

It was working with Laureate Professor Doherty that sparked her interest and enthusiasm for influenza research – she focussed on the early establishment of influenza-specific CD8+ T cell memory, TCR repertoire diversity and viral escape in a mouse model of influenza infection.

“With a fantastic team, we did a lot of beautiful cutting-edge science, spent long days and nights in the lab, and Peter was always there within reach, in person or by emails, to share our experimental highs and lows,” Katherine remembered.

“Peter was, and still is, the most wonderful and inspiring mentor. Through his scientific brilliance, he not only taught us how to do research, but also shared his pearls of wisdom on how to think outside the box, work in a group situation, ask key immunological questions and see where they lead you, and then creatively write about them. Sometimes I wonder what kind of researcher I’d become if I was not trained by Peter. And I know, for sure that I would not be where I am now, doing research I love doing in the way I am doing it.”

Katherine was able to establish her own research team after being awarded an NHMRC RD Wright Fellowship and an NHMRC project grant in 2007.  She head’s up a team of four postdoctoral fellows, six PhD students and one research assistant in the Human T cell Laboratory at the Doherty Institute.

“One of the responsibilities of senior scientists is to supervise students, I don’t treat it as an obligation but as an exciting opportunity. It’s something I’m very passionate about and I’ve been incredibly privileged to have some very impressive young scientists in my lab previously, and now. They are the future and I take my teaching, guiding and supporting of them very seriously,” Katherine said.

PhD student, Marios Koutsakos approached Katherine to be part of her lab because of her expertise and reputation in the field of influenza immunology.

“I had the opportunity to chat to a former member of the University of Melbourne’s Department of Microbiology and Immunology who was visiting London where I was studying prior to moving to Melbourne, and they recommended Katherine to me as a great supervisor,” Mr Koutsakos said.

“As a lab head she is highly invested in all lab members, making sure we are all learning and progressing. The track record of her previous students was also something that attracted me to her lab - everyone was doing extremely well. She has an open door policy and somehow manages to make time for everyone.” 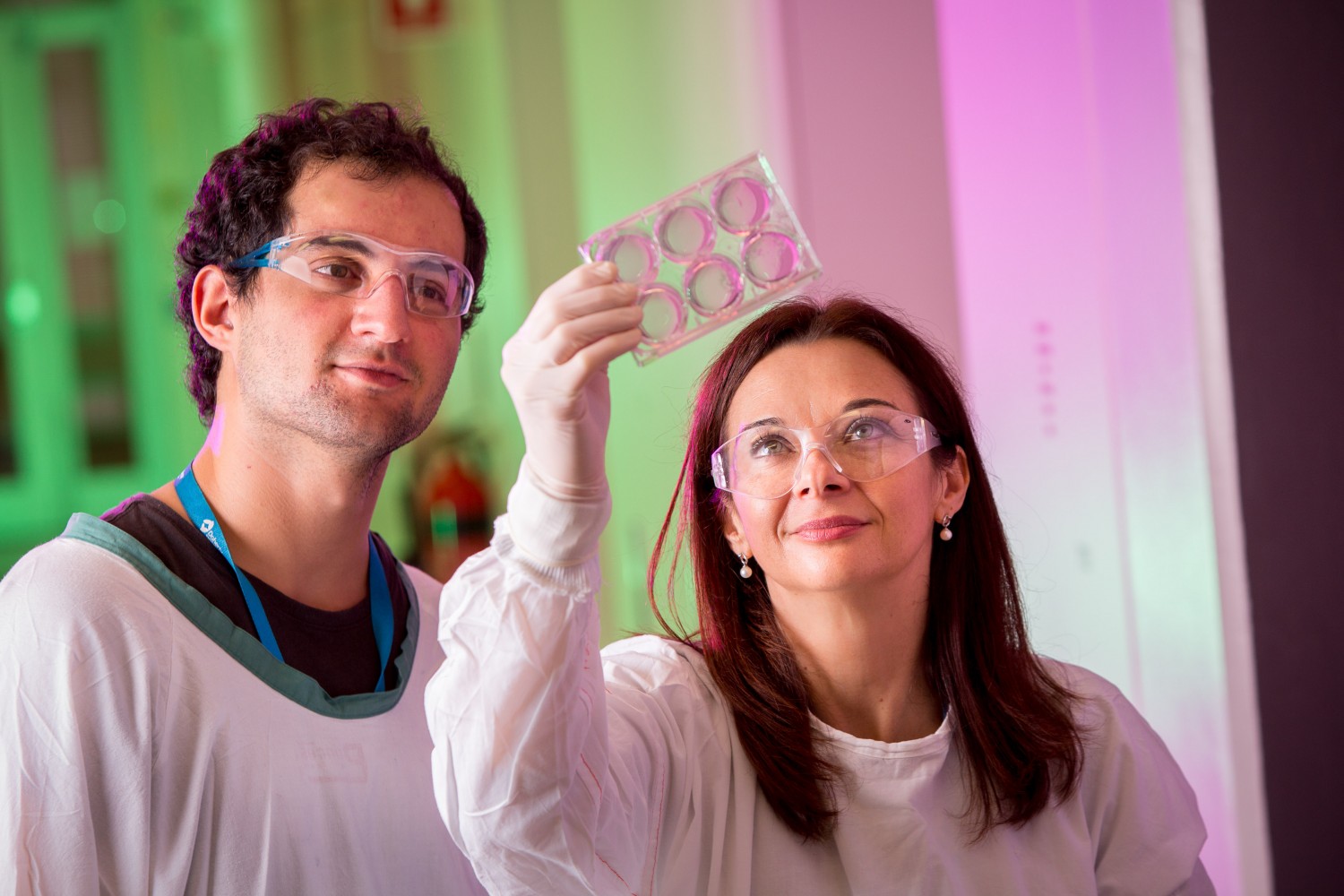 Katherine’s recent findings on the vulnerability of Indigenous populations, including Indigenous Australians, to influenza viruses have implications for vaccine design and development. Katherine is a Co-Head of Indigenous Health at the Doherty Institute.

Her research has found Indigenous populations are more vulnerable to the newly emerged avian H7N9 influenza strain, that emerged in China in 2013, resulting in around a 35 per cent mortality and 99 per cent hospitalisation rates.

“There are concerns that the virus may mutate to allow human-to-human transmission. Our group looked at the level of pre-existing killer T cell immunity to the new H7N9 virus and found that 16-57 per cent of the population would have pre-existing T cells to H7N9, however the prevalence greatly varied across ethnicities,” Katherine explained.

“We found Caucasians might be best positioned to fight the new H7N9 strain, while Indigenous populations, including Indigenous Australians and Alaskans, are most vulnerable to the newly emerged H7N9 influenza virus.”

This genetic susceptibility is caused by allelic differences in the protein complex, named HLA, essential to generate robust T cell responses. These findings also explain the high level of mortality observed in Indigenous adult Alaskans (100 per cent in some isolated villages) and Australians (10-20 per cent) that occurred during the catastrophic Spanish 1918-19 influenza pandemic.

This study, published in PNAS, has implications for vaccine development and delivery to protect Indigenous populations globally.

One of Katherine’s main collaborations is with Fudan University in Shanghai, where she is an Adjunct Professor, and a Co-Director of the Sino-Australia Joint Research Laboratory for the Emerging and Re-emerging Infectious Disease Research, Fudan-Melbourne University, located at the Shanghai Public Health Clinical Centre.

A project of particular note that stemmed from this collaboration is research with Professor Jianqing Xu in China that dissected the factors leading to severe and fatal avian influenza.

“We found that elevated levels of inflammatory cytokines/chemokines early in the disease, linked to a defective variant of the protein IFITM3, can predict the disease outcome for H7N9-infected patients. People with the defective genetic IFITM3 variant are more likely to succumb to the cytokine storm in their lungs and severe or fatal influenza infection,” Katherine described.

“These data suggested that the early monitoring of inflammation together with IFITM3 sequencing might allow the clinicians to design early intervention strategies for the treatment of severe H7N9 influenza.”

Katherine and her team are working hard on developing a universal, one-shot influenza vaccine, that is, a vaccine that will cover the strains of the flu that cause the most morbidity and mortality and targeted at the populations who are affected the most by influenza.

“We can’t predict when or what the next influenza pandemic will be, but we can be as prepared as possible, which is why my team and I are investigating possible avenues to prevent severe influenza in people,” Katherine said.

“I think it’s entirely possible that within five to ten years as well as having a universal vaccine at our disposal, treatment for severe influenza will have drastically improved, using immunotherapy to fight the virus is just one example. It’s an ever-changing area of research to be a part of and I’m really excited to see what the next breakthrough will be.”

This article first appeared in the Australasian Society for Immunology's Newsletter, December 2018, in recognition of Professor Kedzierska receiving a 2017 Senior Gordon Ada Award.