One of the most common inherited diseases affecting the developed world, with one in every 2,500 children affected, cystic fibrosis is a multi-organ disease, affecting the lungs, gut, liver, pancreas and reproductive tissues.

People with cystic fibrosis are susceptible to a range of infections including Burkholderia cepacia complex (Bcc) members, which are often found in soil and water. Bcc members pose a serious concern due to the poor long-term prognosis, patient-to-patient transmission and their resistance to antibiotics. Indeed, these pathogens are intrinsically resistant to almost all available antibiotics and so therapy is limited to a handful of drugs. 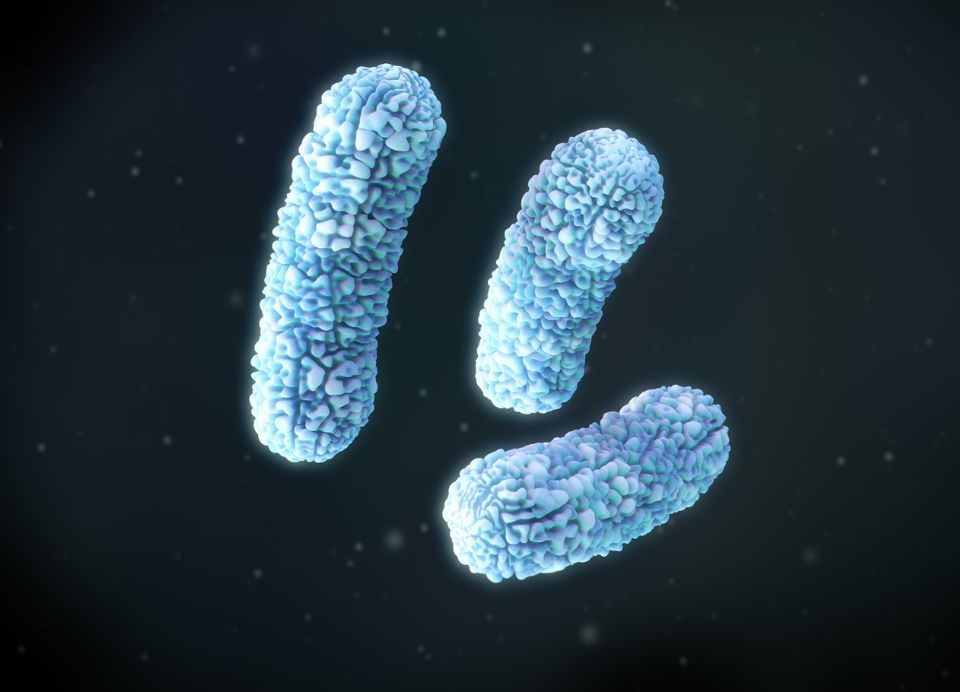 University of Melbourne Dr Nichollas Scott, a Laboratory Head at the Doherty Institute, heads the research in Burkholderia, working to develop antimicrobial strategies and eventually a vaccine to prevent these deadly infections.

Dr Scott is looking at how we can use the bacteria’s own tricks against it to help develop a new way to produce vaccines which may protect people from Bcc lung infections.

“Through this grant from the Holckner Family CF Impact Grant program, our team will establish new methods to create proteins known as ‘glycoproteins’ using cutting-edge glycoengineering approaches and test the production of novel glycoprotein vaccines against Bcc members,” he explains. 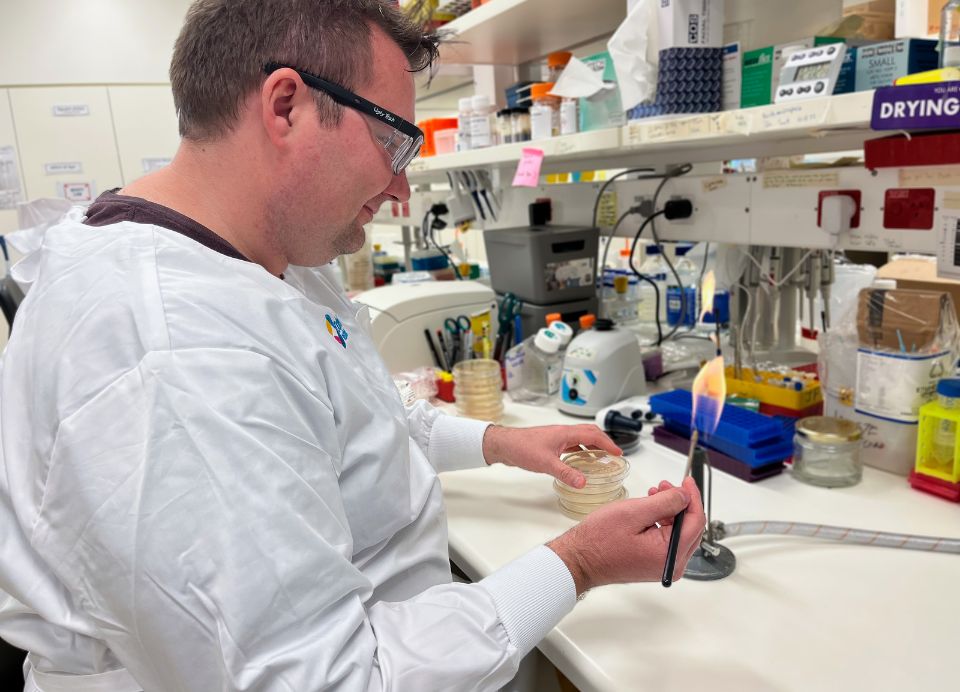 Dr Nichollas Scott working in his laboratory at the Doherty Institute

Dr Scott’s team hope to establish a scalable and inexpensive way to make Burkholderia-focused vaccines. If successful, this system will allow the production of vaccines cheaply and easily - hopefully leading to a dramatic saving in health care costs by limiting Burkholderia infections.

The research may also lead to new treatments for people whose lungs are already infected with Bcc members.

Raising funds for the research is Matt Ryan – a young Australian who lost is partner Claudia at just 18, due to a Burkholderia infection in 2019.

Wanting to turn his grief into a purpose, he is cycling across New Zealand and fundraising for research into a lifesaving vaccine in honour of Claudia.

“I really wanted to do something to honour Claudia’s life – she was the most vibrant, enthusiastic person full of love and laughter. She inspired so many people despite being deprived of so much due to her illness. Just breathing was a challenge for her, but she battled with a smile on her face,” Matt Ryan said.

“She bought sunshine to everyone she met, and I want to share that memory and make a difference for others like her who battle with cystic fibrosis every minute of every day.”

Since 2010, Cure4CF has funded over $3.3 million in cure-focused research. It is the largest private funder of cystic fibrosis research and development in Australia.

Cure4CF believes that cystic fibrosis is solvable problem, and that research is the answer.

Cystic fibrosis (CF) is the most common inherited disease in the developed world, and it’s also very expensive to treat. This is because it affects multiple organs including the lungs, gut, liver, pancreas and reproductive tissues and each relies on a different doctor or specialist.

CF creates a build-up of fluid in the lungs and is often described as feeling like never having enough breath. There is currently no cure.

Thanks to research and medical advances the life expectancy of a person with CF has increased. Tragically this is still significantly lower than the average Australian.  Today, the median life span for people with CF who live to adulthood is about 47 years. Death is most often caused by lung complications. 1 in 25 people with Caucasian ancestry carry the defective CF gene without knowing it. If both parents are carriers, there’s a 25 per cent chance of their child being born with the disease.