Malaria in the Asia Pacific: A Complex But Solvable Problem 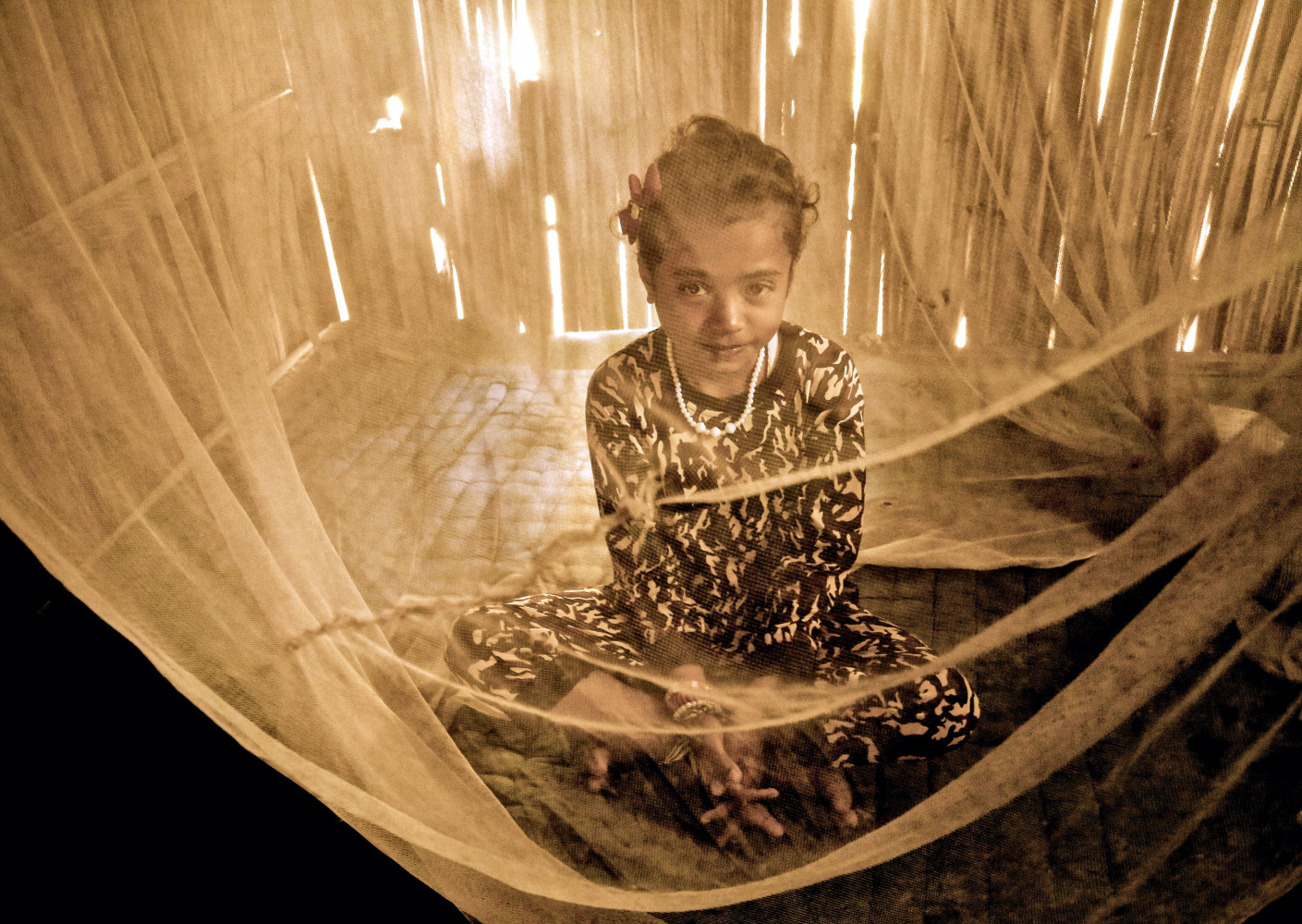 Eliminating malaria from the Asia Pacific by 2030 is an ambitious but achievable goal. It will require sustained political commitment combined with renewed investment in research and development to overcome the unique complexities of malaria in our region.

In the face of the COVID-19 pandemic, it is easy to overlook the ongoing devastation caused by malaria, a parasitic disease that humankind has been battling for millennia. Malaria continues to represent a major public health threat in the Asia Pacific, with over two billion people at risk of infection.

In 2014, Asia-Pacific leaders committed to the ambitious goal of eliminating malaria from the region by 2030. Over the past two decades, the region has made tremendous gains in controlling malaria, but this success has been unevenly distributed. Since 2000, malaria cases have plummeted by a staggering 90 percent in countries of the Greater Mekong subregion. In contrast, Papua New Guinea has the highest malaria transmission rates outside of Africa and has seen a devastating resurgence of cases since 2015. The ongoing COVID-19 outbreak is likely to place further strain on its already fragile health system.

Unique challenges of malaria in the region

The complexity of malaria epidemiology across the Asia Pacific presents a challenge for elimination. In Papua New Guinea and parts of Indonesia, children and pregnant women are most vulnerable to malaria, whereas in the Greater Mekong, mobile and migrant groups, particularly those who enter forests for work, are at greatest risk.  Thus, in some settings it might make sense to integrate malaria services into maternal and child health programs. In others, targeting interventions to groups based on their occupation or travel movements may be more effective.

Malaria is a particularly complex problem in our region due to the diverse groups of people most at risk and the many different types of mosquitoes that can spread the disease, meaning there is no ‘one-size fits all’ solution.

Malaria is a potentially life-threatening disease caused by Plasmodium species parasites transmitted to humans by Anopheles mosquitoes. The emergence in the Greater Mekong of P. falciparum parasite resistance to frontline antimalarials has created urgency around eliminating this species from the region. However, as rates of P. falciparum infections have declined in some settings, the proportion of P. vivax infections has increased. Whilst not as deadly as P. falciparum, P. vivax can exist in a dormant form in the liver for months or even years, before being reactivated to cause relapses. These liver forms are only killed by a group of drugs that can cause the destruction of red blood cells in people with a particular enzyme deficiency. Controlling P. vivax is further complicated by the fact that interventions like bed nets, mosquito repellent, and insecticide spraying will only prevent new infections, not relapses, so their effect on this form of malaria is limited. There is an urgent need for a safe and effective radical cure for dormant liver stages of P. vivax and improved, easy-to-use tests to check that people don’t have the enzyme deficiency which puts them at risk of dangerous side effects upon malaria treatment.

Even in countries tantalisingly close to eliminating malaria, including those in the Greater Mekong, the “last mile” is likely the most difficult. With decreasing transmission, malaria cases become more geographically scattered and clustered in specific high-risk groups that are often hard to reach. Moreover, declining prevalence can lead to fewer people with fever and other malaria symptoms coming forward for malaria testing as they know that it is an increasingly improbable diagnosis.

Gaps in the current malaria toolkit

Current tools for preventing, diagnosing, and treating malaria will likely be inadequate for achieving the goal of malaria elimination in the Asia Pacific by 2030. Core vector control tools for malaria prevention include insecticide-treated nets and indoor residual spraying to kill mosquitoes. While these tools have contributed to dramatic declines in malaria incidence, they fail to prevent malaria transmitted by some Asian mosquitoes that bite and rest outdoors early in the evening. Investment in personal repellents, insecticide-treated clothing, and additional vector management such as outdoor spraying and breeding site management, as well as the development of new interventions, is warranted to prevent this “residual transmission.”

The availability of rapid diagnostic tests that can be performed by health workers with limited training in remote settings has revolutionised malaria diagnosis. However, these tests are not sensitive enough to detect infections in asymptomatic people carrying only a small number of parasites, and they work less well against P. vivax. As the prevalence of malaria declines in a population, the proportion of infections that are asymptomatic and undetectable by rapid tests goes up. New and more sensitive diagnostic tools are urgently needed to ensure that all infections are picked up to prevent onward transmission to other people.

The most advanced malaria vaccine, RTS,S, which entered pilot implementation in Malawi, Ghana, and Kenya in 2019 has limited efficacy, is only effective against P. falciparum, and does not prevent onward transmission of malaria. With no imminent plans to roll out the vaccine in the Asia Pacific, there is an urgent need to develop new vaccines with improved efficacy that also protect against P. vivax and can block transmission from person to mosquito to person.

Malaria and COVID-19 – opportunities for synergy

Despite the pressure the COVID-19 pandemic places on health services, it is important that malaria and COVID-19 not be considered as competing priorities. Rather, their co-occurrence may present opportunities for new integrated approaches to healthcare. For example, there is the potential to develop novel point-of-care diagnostic tests capable of detecting both COVID-19 and malaria in individuals presenting with fever, a symptom common to both diseases. Smart investment in health systems strengthening, health worker capacity building, vaccine platforms, and diagnostic laboratories would reap benefits for controlling both COVID-19 and malaria.

Lessons learned from decades of malaria control programs can be applied to the COVID-19 response, and vice-versa. For example, active community engagement and mobilisation is important for the ongoing success of both malaria and COVID-19 control programs. No matter how evidence-based a preventive approach might be, if individuals do not see its merits, or if competing needs are prioritised, it will fail. We have also learned that adapting interventions to suit local needs and challenges is critical to controlling both diseases.

Annual investment into malaria research and development is just over US $600 million, with just over 20 percent invested in vaccines. In contrast, since 1 January 2020, more than $9 billion has been invested in COVID-19 research and development, with over half channelled into vaccines. Clearly, the huge global investment in COVID-19 vaccines has paid off with several vaccines now approved for use in multiple countries. The success of intense investment in vaccine development should serve as inspiration for what is possible for malaria.

Achieving malaria elimination in the Asia Pacific will depend on strong political leadership, renewed investment in research and development, and targeted approaches tailored to specific areas and populations. Maintaining, and indeed strengthening, efforts to fight malaria in the context of a public health landscape vastly altered by COVID-19 will be challenging but critical for achieving elimination goals.

Dr Julia Cutts is a Senior Research Officer at the Burnet Institute, Melbourne and program manager of the Australian Centre of Research Excellence in Malaria Elimination (ACREME). Her research focuses on how antibodies can be used to track malaria transmission and interventions to reduce residual malaria transmission, particularly in the Greater Mekong subregion. Twitter: @julia_cutts

This article is published under a Creative Commons License and may be republished with attribution.