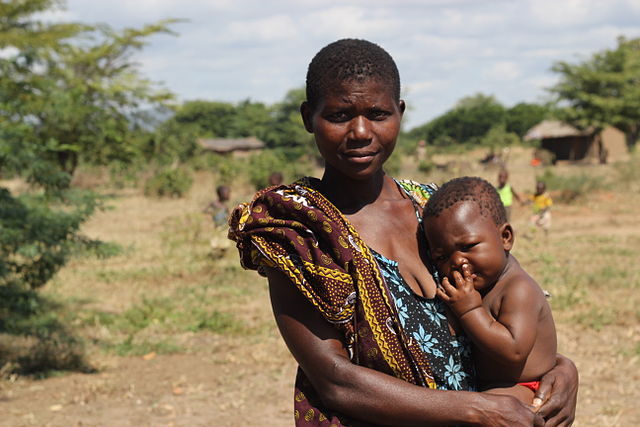 In Africa and the Asia-Pacific region, more than one third of pregnant women suffer from malaria and malnutrition, putting their babies at risk of being born with low birthweight, a new study has found.

Low birthweight babies, defined as 2500 grams or less, are at high risk of dying from common infections of early childhood, and may suffer from lifelong health problems.

The study, published today in the journal PLOS Medicine, was led by University of Melbourne Professor Stephen Rogerson at the Peter Doherty Institute for Infection and Immunity, with co-authors from the UNC Gillings School of Public Health.

The authors examined data from 13 studies involving nearly 15,000 pregnancies between 1996 and 2015 in Africa and the Western Pacific, where more than one in three pregnant women live with malaria and or malnutrition.

Analysis of all 13 studies confirmed that mothers with malaria had an 8.8 per cent risk of delivering a Low Birth Weight baby – a 14 per cent higher risk than for women without malaria (7.7 per cent).

Of the studies where both malaria and nutrition were analysed, the risk of a low birth weight baby if the mother had both conditions was 17.8 per cent – double the risk of mothers who were well nourished and did not have malaria (8.4 per cent).

“Malaria and malnutrition combined are believed to be responsible for as many as 800,000 newborn deaths each year, and too many young mothers are not getting the support they need to have healthy babies,” Professor Rogerson said.  “Teen mothers are particularly at risk.”

The analysis found no evidence of an interaction between malaria and malnutrition that might lead to an increased risk of a low birth weight baby. In other words, poor nutrition did not magnify the impact of malaria on low birth weight, but the two scourges operate separately.

“Our findings didn’t support cautious hopes raised by four previous studies that nutritional supplementation might lessen malaria’s devastating effects on foetal development, but they do indicate that both problems need to be tackled at the same time.

“Supplementing pregnant women’s diet with fortified foods, and protecting pregnant women from malaria with mosquito nets and antimalarial drugs can reduce this dreadful toll, but delivering these programs to the mothers at greatest risk is challenging,” Professor Rogerson said.

“Malaria and nutrition programs need to work together to reduce the devastating impact of low birth weight.”

Additional co-authors are from the UK, Australia, France, Burkina Faso, Ghana, the US, Kenya, Malawi, Finland, Denmark and Tanzania.