Scientists have discovered what turns off the molecular alarm system that plays a critical role in our immune response.

MR1 (MHC class I-related molecule) is an antibacterial superhero – a protein present in every cell of the human body, that acts as a molecular alarm system by alerting powerful cells of our immune system, our white blood cells, when a bacterial infection or cancer is present.

While previous breakthrough research uncovered the cellular machinery that MR1 relies on to activate, to this day little was known about how the MR1 alarm is ‘turned off’.

Published in the Journal of Cell Biology, the study, co-led by University of Melbourne’s Dr Hamish McWilliam and Professor Jose Villadangos from the Doherty Institute and the Bio21 Institute, reveals the key molecular mechanism that controls MR1’s expression.

“What we found is that there are proteins - called AP2 (adaptor protein 2) – inside our cells that bind to MR1, and drag it inside the cells,” Dr McWilliam explains.

“Once inside, MR1 can no longer signal to white blood cells anymore, which effectively turns off the immune response.” 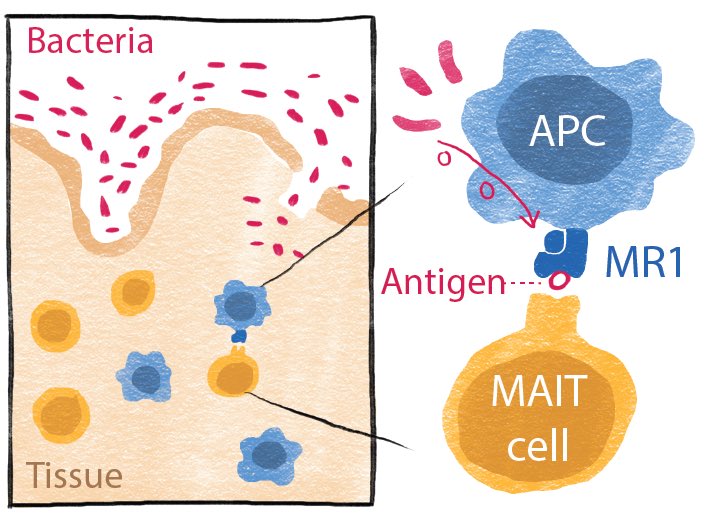 In their experiments, the research team found that by deleting AP2 in cells, or mutating MR1, they could regulate MR1’s activation which in turn stimulates or inhibits the presence of white blood cells.

Dr McWilliam says this is an exciting discovery as it unlocks fundamental understanding of the biology of MR1 and contributes to global efforts to design immune-boosting treatments.

“By understanding how to turn off MR1, we might be able to block or increase immune response, to harness it and control immunity to pathogens or tumours,” Dr McWilliam says.