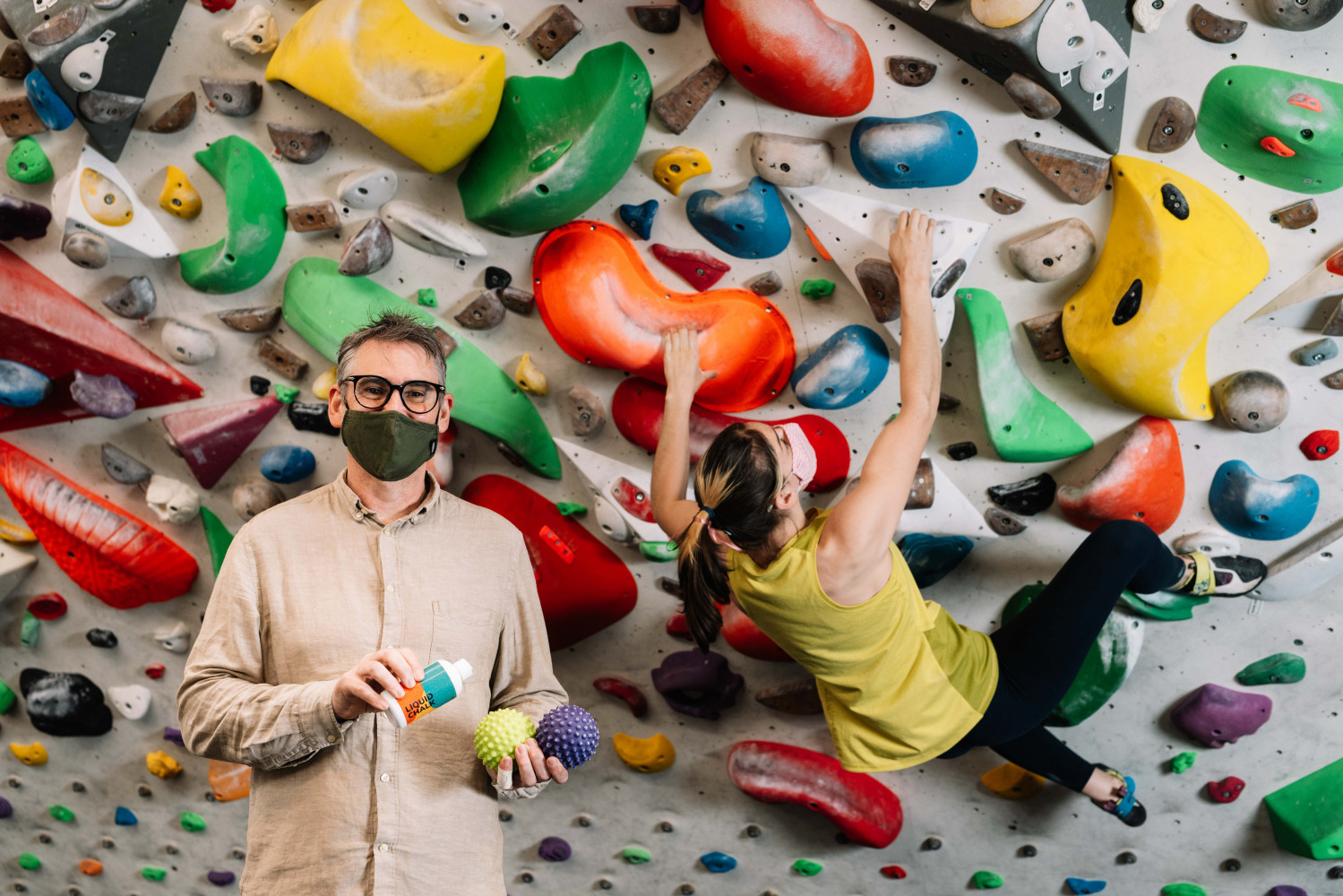 Melbourne researchers have found that liquid chalk, commonly used in gyms to improve grip, acts as an antiseptic against highly infectious human viruses, completely killing both SARS-CoV-2 (the virus that causes COVID-19) and influenza A viruses.

University of Melbourne Professor Jason Mackenzie, a laboratory head at the Peter Doherty Institute of Infection and Immunity (Doherty Institute) wanted to investigate whether liquid chalk stopped SARS-CoV-2 transmission after conversations with his daughter – an elite rock climber heading to the Tokyo Olympics.

“Both of my daughters were lamenting the closure of gyms at the beginning of the pandemic, particularly my daughter Oceania who was trying to train for Olympic qualification,” Professor Mackenzie said.

“There was an assumption that liquid chalk could act as an antiseptic as it has a really high alcohol content, but until now, there was no scientific evidence to support it.

“So we tested the theory against SARS-CoV-2, influenza A viruses and norovirus and we have shown that liquid chalk is very effective against both SARS-CoV-2 and influenza, both in transmission and recovery of the virus.”

Using rock climbing as an example, this means that if someone coughed into their hand, then applied the chalk and climbed, there would be no recovery of the virus from their hand.

Or alternatively, if a surface had chalk on it and someone coughed onto it, it was found to be extremely effective at killing the virus.

“We tested four different types of chalk, and three worked incredibly effectively. The fourth was still effective, but not quite at the level of the others. We were surprised however, that norovirus – a virus that causes gastroenteritis –  showed complete resistance to the liquid chalk,” Professor Mackenzie explained.

“Our findings can help inform athletes and gym goers that they can stay safe when competing and working out, particularly in large-scale competitions, such as the upcoming Olympic Games in Tokyo.”

This work was done in collaboration with Urban Climb who supplied the liquid chalk for testing and was published today in mSphere.