The following article appeared on the IAS website, (reprinted with permission).

The proportion of female scientists has increased across the world since the 1990s. However, less than 30% of the world’s researchers are women. We asked five women at different stages of their career paths and from various countries and backgrounds to share their experiences and insights into being a female scientist. Over the course of the week, we will publish one new story each day leading up to the International Day of Women and Girls in Science (11 February). These are their stories…

- to read all five women's stories visit the IAS website - 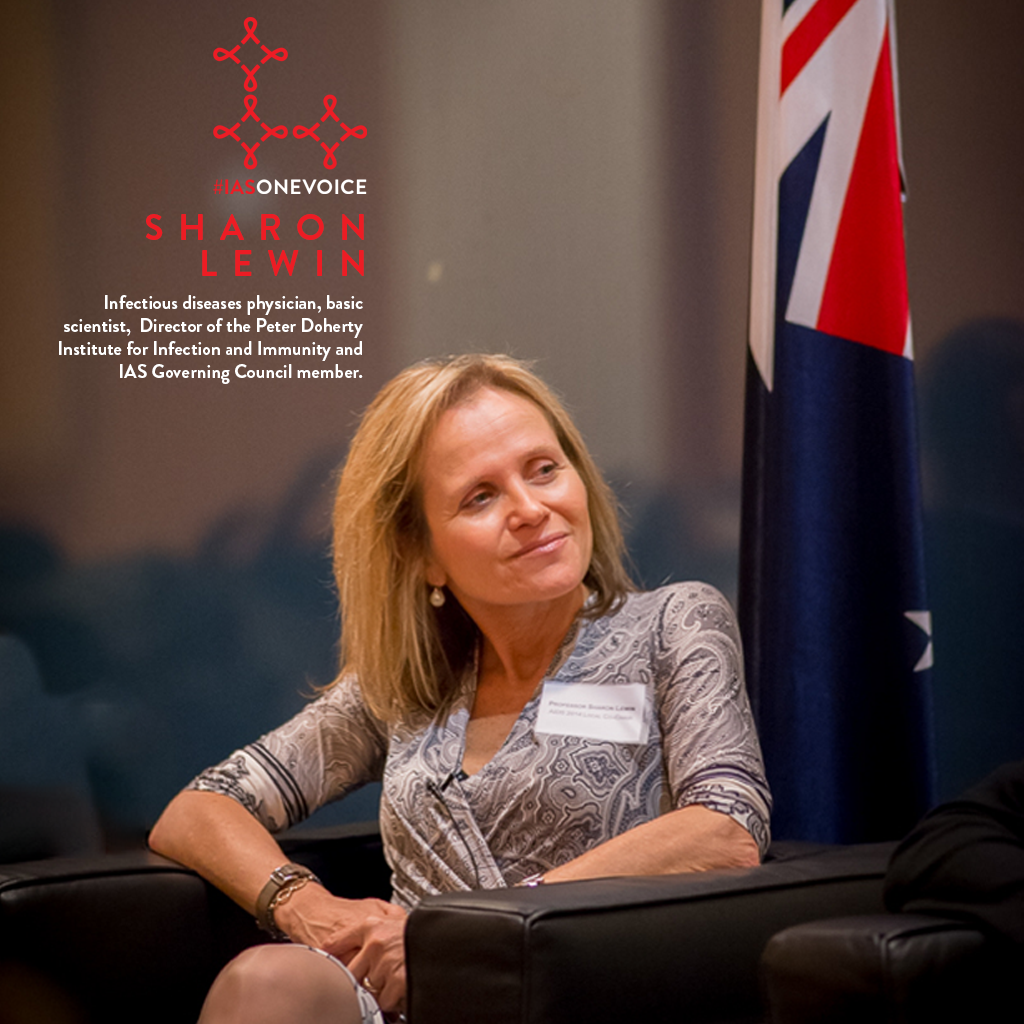 As a young doctor in 1989, I spent a year working in Kenya in a remote hospital. There was little awareness about HIV, people didn’t want to get tested, and we were probably underestimating how many people with HIV were in the hospital. Then I came back to Australia and finished my infectious diseases training. It was a very challenging time to work in HIV because there were no treatments available.

After my experience in Africa, I realized that I really wanted to work in HIV, but wasn’t going to be working on the frontline; I wanted to combine clinical care and research and to work on a research question that would have global impact. I went on to do my PhD in the mid ’90s. I had the good fortune of going to New York, as a post-doctoral fellow, in 1997, at the beginning of ART. I worked for David Ho, who was one of the first people to raise the question that ART might cure HIV. So, I got very involved with the concept of why ART can’t cure HIV, and how we might address that. It was a very exciting time.

“The biggest challenge for me was having children at a very busy time of my career.”

That’s probably one of the biggest barriers for women scientists: to build an independent programme in research which is highly competitive and have significant family demands at the same time. I always worked with people who understood that, and if anything, encouraged me to spend more time with my family. I also had a very supportive partner and family which definitely helps! I’ve worked with fantastic female role models, particularly my PhD supervisor Susanne Crowe, and then Françoise Barré-Sinoussi, who I worked with very closely in IAS-related activities and in all of our work advancing cure research.

During the time I did my training, “formal mentorship” wasn’t something we did. I had mentors who were both men and women, and they were extremely supportive of the issues I faced as a woman in academic medicine and as a mother. Now there are lots of more formal mentoring programmes. My own institute is part of a larger initiative called “Women in Science in the Parkville Precinct (WISPP)” and there are now a range of opportunities for mentorship of young women. I've been impressed by successful initiatives such as “Athena SWAN” in the UK, which has led academic institutions to implement very practical changes to achieve gender diversity at all levels. Australia is adopting a similar programme.

Now we see a lot more organized mentorship, but I think that people finding mentors they naturally connect with is really effective. Role models are also very important beyond formal mentorship. When I trained in medicine in 1981, 50% of medical students in Australia were women, and when I came to specialize, there were very few women in senior leadership roles or even leading their own laboratories or research groups. But I have had the benefit of a generation of women ahead of me who already made great changes. I know that my experience is not shared by all women, and I’m very conscious that many women have had a very difficult time and have worked in environments where they have been actively overlooked or not given the opportunities or support they need for their careers to flourish

“I was often the only woman in a class that was all men.”

At high school, I was interested in maths and science, and I was often the only woman in a class that was all men. I was in an environment that I didn’t find discriminatory; it was a meritocracy. It was a unique environment where people were judged on their performance and not their gender. I was always encouraged both at home and at high school, that anything was possible. This was a wonderfully empowering message and all women need to believe that. 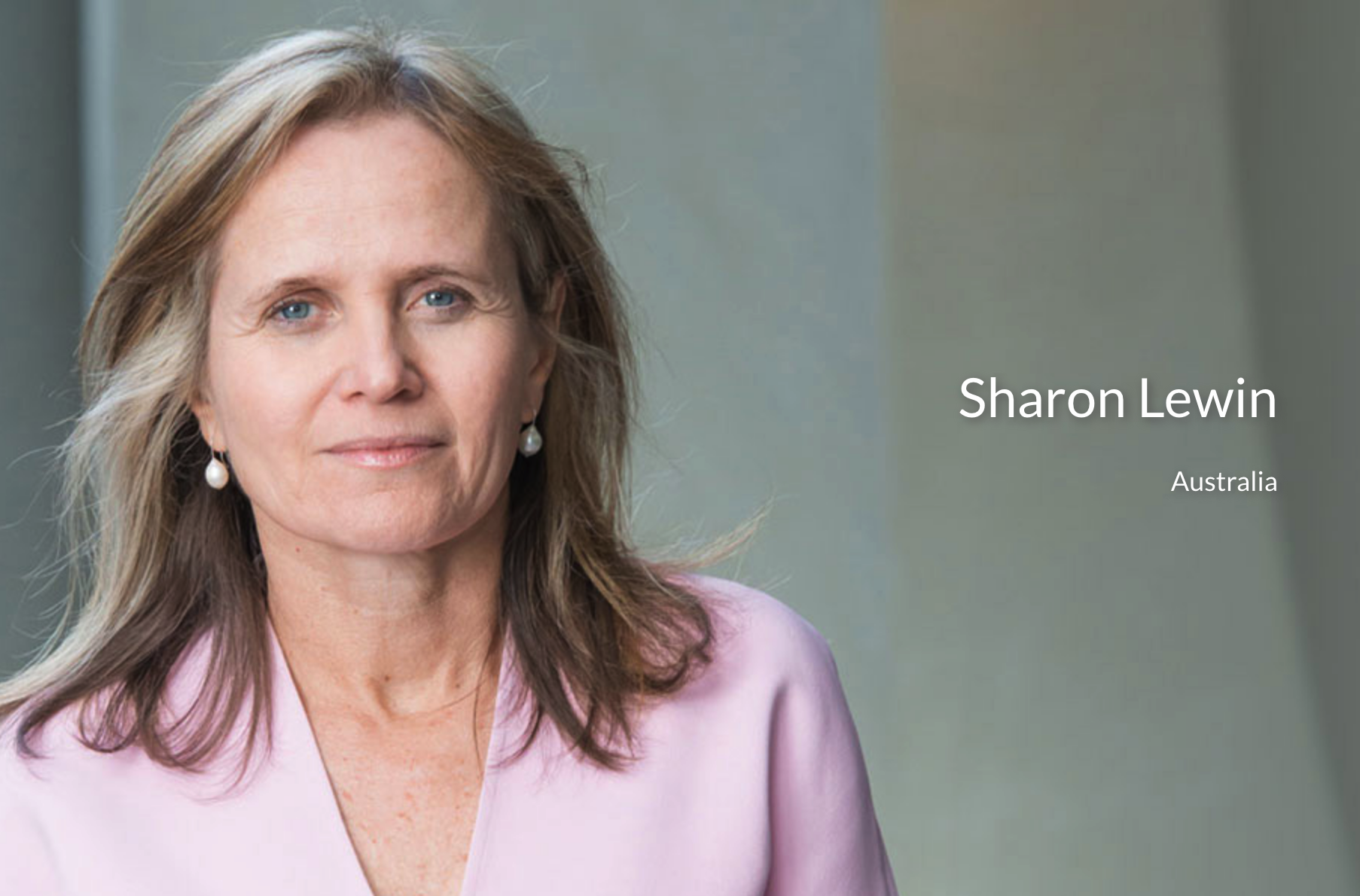 I think that we need to give additional support to women at all stages of their careers until we have true gender equality. To do this, we need equal representation on grant panels, on senior leadership groups, when we choose speakers for any conference. I think attention to diversity and equal representation at every level is important for giving women opportunities, and also so that young women can see a clear path to a successful and rewarding career.

To girls and young women, I would say follow your passion, work hard, and find people and environments that enable and nurture you. Stand up for inequities that you will see in the workplace. You can achieve anything and you should not hold back.