How our ‘avian athletes’ could spread influenza

New research shows migratory birds are exposed to a highly pathogenic strain of bird flu before they arrive on Australian shores.

Written by Dr Michelle Wille from the WHO Collaborating Centre for Reference and Research on Influenza for Pursuit. 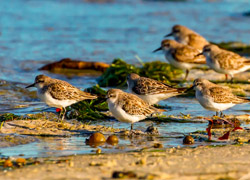 Red-necked stints, marked with a small metal ring and an orange tag on their legs, travel from Australia to Siberia to breed. Credit Mark Smith.

In the summer months, along the shorelines of Australia, you may come across small brown or grey birds, running in and out of the water’s edge.

At first, you may think them a bit dull and not worth much notice, but these small birds are athletes of the avian world.

Each autumn, two million of these shorebirds take off and begin an incredible migration to the high latitudes of Siberia to breed. They will return to Australia’s shorelines in the spring to take advantage of the warm, Aussie summer.

The migration of these small birds is fraught with difficulties, and most species will stop along the way to refuel.

Some of the most common stop-over sites are in South-east Asia and along the Yellow Sea, areas where highly pathogenic avian influenza is now endemic.

Most of us will have heard the term ‘bird flu’ at some point in the last decade, most likely due to concerns surrounding human infections.

Bird flu, which is the colloquial name for highly pathogenic avian influenza (HPAIV), isn’t in the news that much anymore, but that doesn’t mean it has disappeared.

Since 2001, efforts to control HPAIV H5N1 have resulted in the destruction of over 400 billion chickens, with a significant socioeconomic cost to farmers and industry.

In 2014, a new strain of HPAIV – H5N8 – emerged in Asia, and with the migration of wild birds it has rapidly spread to Europe and North America.

Yet another strain emerged in 2016, again rapidly spreading with wild birds, recently causing devastating outbreaks as far away as South Africa.

Thankfully, there has been no outbreak of these viruses in Australia. Why?

There are a few ideas. The main one is that Australian ducks tend not to migrate beyond the Australian-Papuan area; it’s ducks that have been implicated in the spread of H5N8 and H5N6 to Europe and North America.

But ducks aren’t the only birds who act as hosts for avian influenza – shorebirds can too.

In our study, published in the journal Emerging Infectious Disease, we wanted to understand whether shorebirds that spend the summer months in Australia are being infected with HPAIV when they weren’t in Australia.

To understand this, at the Peter Doherty Institute for Infection and Immunity, we tested two species – the incredible Tim Tam biscuit sized migratory shorebird called the Red-necked Stint, and a common Australian duck species called the Pacific Black Duck.

We tested these samples for general influenza antibodies, as well as antibodies against specific strains of influenza.

We found that our long-distance migrator, the Red-necked Stint, did have antibodies against HPAIV. These were particularly found in blood samples collected since 2014 and the emergence of H5N8 and H5N6.

These antibodies tell us that the birds were infected with highly pathogenic influenza and that their immune system generated a response.

But, there is no evidence that they still carry the virus when they arrive in Australia

The problem with analysing antibodies is that we don’t know when or where these birds were infected. To make sure they weren’t infected in Australia, we tested local ducks.

If these viruses were in Australia, local ducks would definitely have antibodies against them.

Our study found no evidence of these antibodies in the ducks and so we believe that Red-necked Stints are being infected somewhere in their migration outside Australia.

This finding is important for two reasons.

First, if these highly pathogenic viruses were to make it to Australia, we now know it could be on the wings of shorebirds.

The introduction of HPAIV would have huge ramifications for the local poultry industry; there is currently a nationwide wild bird surveillance program in place for detection .

Second, most shorebird species are in a dramatic decline, and recovery plans are in place for many species.

Disease is often not included in these plans, but the results of our study strongly indicate that these birds are exposed to HPAIV, potentially adding to the decline of these amazing avian athletes.

This study was completed in collaboration with Deakin University, the CSIRO Australian Animal Health Laboratory, and the Australian Commonwealth Government Department of Agriculture. 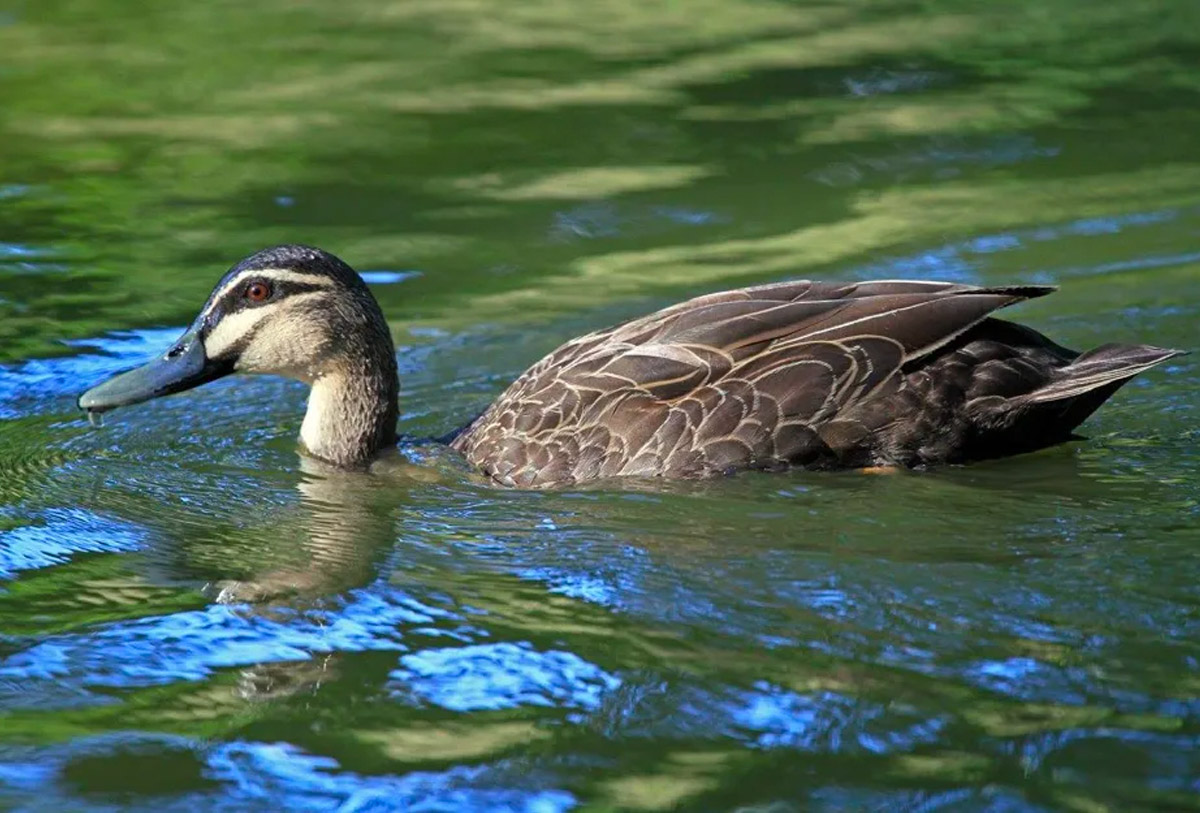