How do MAIT cells identify and attack foreign invaders?

Melbourne researchers have identified what makes a specialised immune cell, known as mucosal-associated invariant T (MAIT), cells boost their numbers and attack foreign invaders at the site of the infection. 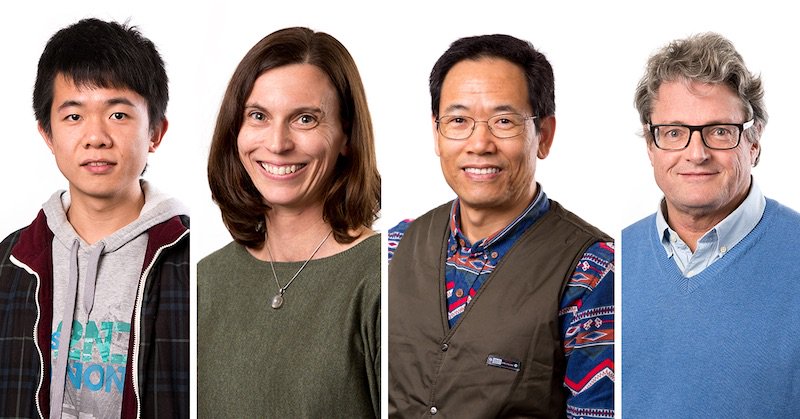 T cells are a core component of the immune system, which recognise the presence of infectious agents through surface structures known as T cell receptors. While little is known about the exact role MAIT cells play, previous research from the Doherty Institute has shown they provide a layer of protection, which is particularly important if other arms of the immune system are compromised.

Using mouse models, University of Melbourne researchers from the Doherty Institute were able to identify the molecular signals to activate and expand MAIT cells following Salmonella or Legionella infection.

MAIT cells are in abundance in the human body (up to 10 per cent of the T cells in the blood), and differ from other T cells as they respond to vitamin-based metabolites (rather than peptides and lipids) that are generated when bacteria grow.

They also sit, ready to act, in tissue sites, such as the lungs; a frequent site of infection. However, normal healthy bacteria also make these vitamin-based molecules, so MAIT cell immunity must be tightly regulated by a range of molecular signals so that they respond only when necessary.

Identifying and exploiting the signals that activate MAIT cells during an infection could potentially be used for vaccination strategies or to block disease when MAIT cells are inappropriately activated through misrecognition of infectious agents.

“We found that IL-23, an inflammatory cell signalling protein, was the key to MAIT cells expanding their army and attacking the infection which, in our experiments, was in the lungs,” Dr Huimeng Wang, lead author of the paper published today in Science Immunology.

“The models we used were quite definitive and the results were dramatic; we found that if you knock out the IL-23, there was very little MAIT cell response to the bacteria.”

Co-senior author, Dr Alexandra Corbett, said they also looked at what would be the best way to prime MAIT cells to enhance protection through vaccination.

“If you add a vitamin metabolite molecule, plus IL-23 we can reconstitute this dramatic response of MAIT cells that you see during infection, which results in enhanced protection,” Dr Corbett said.

“In the enhanced protection, we saw the bacteria were cleared earlier, and the numbers of bacteria were reduced 100-fold five days following infection. In the elderly or immunocompromised, which is where infections with bacteria such as Legionella cause problems, this could be the difference between life and death.”

“We are continuing to gather evidence that MAIT cells will be excellent candidates to fight infection, and this research is one more piece in that puzzle,” Dr Chen said.