Doherty Institute researchers have mapped out the genes that MAIT cells turn on or off during their different stages of development.

Mucosal-associated invariant T cells, or MAIT cells, are a core component of the human immune system that combat bacterial and yeast infections.

While they make up a large portion of immune cells in the body, it was unclear how and why they differ from person to person.

Research, led by Postdoctoral Fellow, Dr Fern Koay and published in Science Immunology, used high-resolution sequencing technology to uncover the genes that MAIT cells express as they develop in the body.

“In 2016 we showed that MAIT cells develop in a stage pathway within the thymus, an organ within the body where all T cells develop and mature into functioning cells. We likened these stages to primary school, high school and university, where the cells learn how to learn how to equip themselves to fight infections before entering the rest of the body,” Dr Koay said.

“This current study is a major step forward in understanding the key decisions that MAIT cells make as they develop. We charted the landscape of genes that MAIT cells turn on or turn off as they mature and revealed how MAIT cells can diverge into one of two main populations.

The research team led by Professor Dale Godfrey, laboratory head at the Doherty Institute and Institute Honorary, Dr Daniel Pellicci, envisions these findings to become a comprehensive resource to further uncover the mechanics of MAIT cell development, and lead to new ways to manipulate MAIT cells to treat human diseases.

For example, because there are two main populations of mature MAIT cells, one might be better at fighting infections, while the other could be exploited to treat diseases such as cancer.

This work provides clues on how to generate more MAIT cells and to select the most applicable MAIT cell population to treat a particular human disease.

“We hope this map will guide many more studies to investigate how select genes play a role in regulating MAIT cells,” Dr Koay said.

“We are slowly building a body of knowledge, edging closer to perhaps being able to properly harness the potential of universal therapy using MAIT cells, and how these can be precisely manipulated without affecting other components of the immune system.” 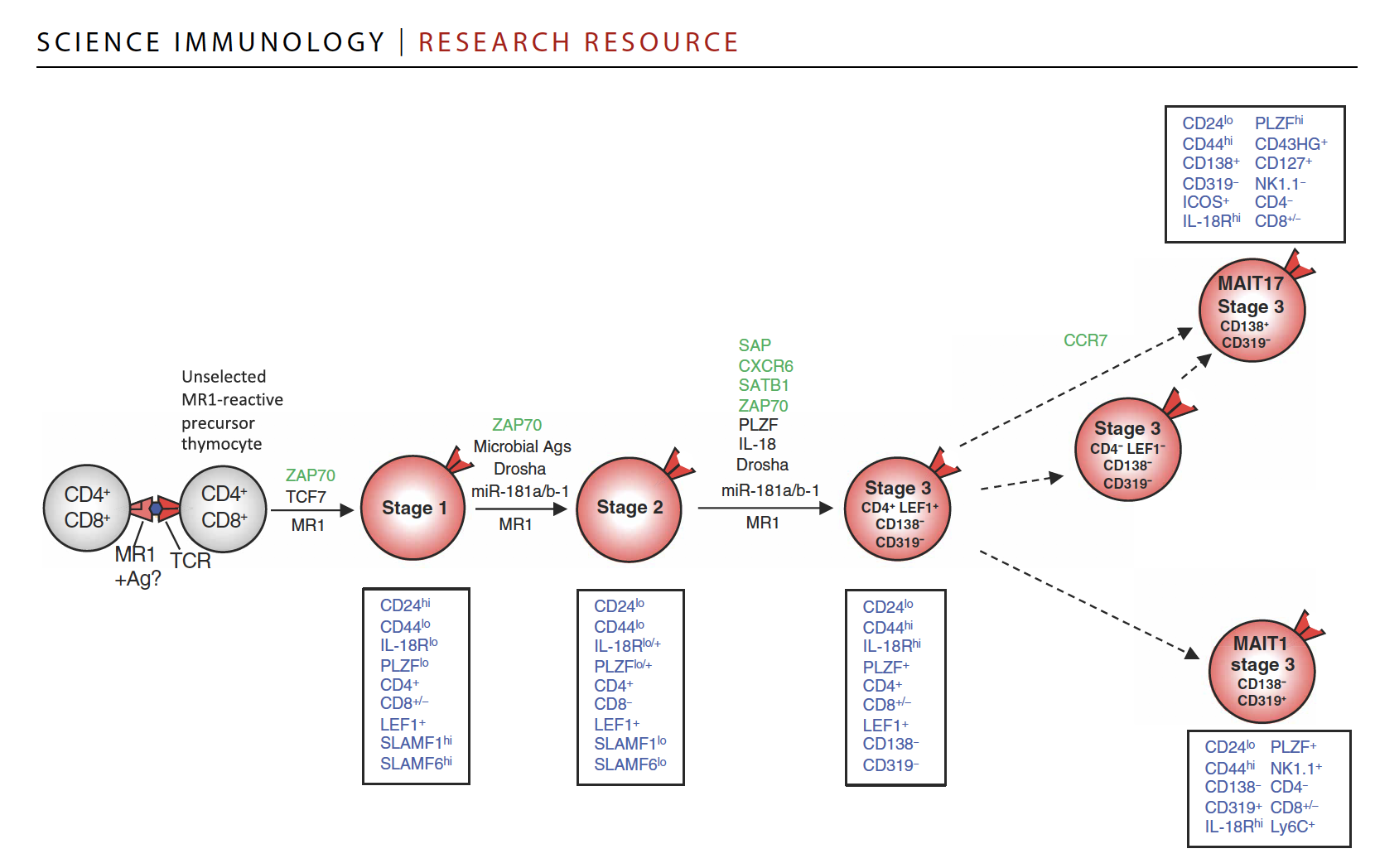