Dengue virus blocker works better in wild than in the lab

A new paper published by researchers from the Doherty Institute and other collaborators in Australia and Vietnam has found that a bacteria used to slow the spread of dengue virus in mosquitoes works better in wild than in the lab.

The following article appeared in Medical Xpress, by Bob Yirka on December 27, 2017 (copyrighted and reprinted with permission):

A team of researchers affiliated with several institutions in Vietnam and Australia has found that introducing a strain of bacteria known to infect mosquitoes in the wild was more effective in reducing dengue infections than bacteria introduced in the lab. In their paper published in Proceedings of the National Academy of Sciences, the group outlines experiments they have been conducting in Vietnam meant to reduce the number of humans infected with the dengue virus, and what they found as a result.

Dengue fever is not only deadly, it is painful—it has also defied the efforts of scientists seeking a cure, or even a treatment. Because of that lack of progress, scientists have been looking for ways to reduce the number of mosquitoes that carry the virus in human populated areas. Current efforts rely on pesticide sprays which are both expensive and temporary. In this new effort, the researchers looked at the possibility of introducing a bacteria strain that infects dengue-carrying mosquitoes, but not in a way that will lead to resistance. 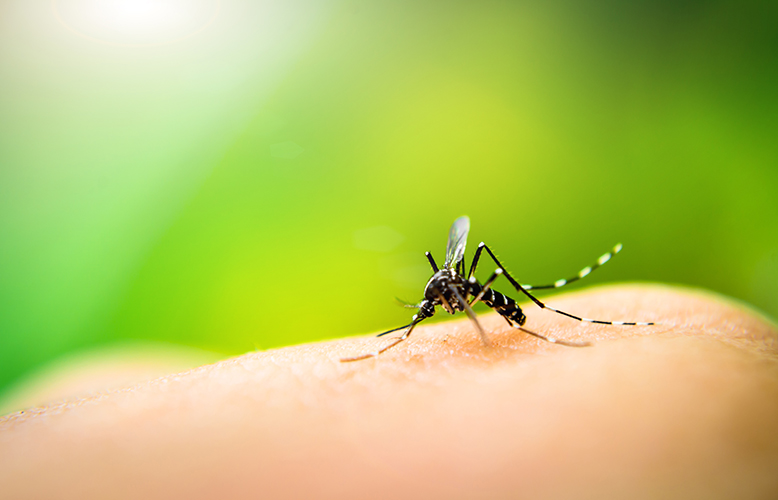 The researchers settled on wMel, a Wolbachia bacteria strain that prior research has shown to be harmless to mosquitoes but reduces their susceptibility to the dengue virus. If the mosquitos in a given area are less likely to be infected, the team reasoned, than fewer humans would be infected. Testing the idea in the lab showed the mosquitoes were 68 percent less likely to become infected with dengue after sipping infected blood from human patients than were mosquitoes without wMel bacterial infections. The team next tried the same experiment in the wild and were surprised to find that wMel reduced infections by 86 percent. The researchers were unable to explain the difference, but suggest it might be due to a different mosquito diet.

As for how the mosquitoes might be caused to infiltrate a desired area, the researchers note that when infected male mosquitoes mate with uninfected females, the females lay eggs that never hatch. That would give females that become infected with wMel and pass it on to their offspring a reproductive advantage, causing their numbers to increase naturally in the wild. Trials of the approach have already begun, though it is not yet clear if is working.

The wMel strain of Wolbachia can reduce the permissiveness of Aedes aegypti mosquitoes to disseminated arboviral infections. Here, we report that wMel-infected Ae. aegypti (Ho Chi Minh City background), when directly blood-fed on 141 viremic dengue patients, have lower dengue virus (DENV) transmission potential and have a longer extrinsic incubation period than their wild-type counterparts. The wMel-infected mosquitoes that are field-reared have even greater relative resistance to DENV infection when fed on patient-derived viremic blood meals. This is explained by an increased susceptibility of field-reared wild-type mosquitoes to infection than laboratory-reared counterparts. Collectively, these field- and clinically relevant findings support the continued careful field-testing of wMel introgression for the biocontrol of Ae. aegypti-born arboviruses.

Journal reference:
Proceedings of the National Academy of Sciences.