We asked the Doherty Institute's contingent who headed to Amsterdam for the 22nd International AIDS Conference to share their insights as the week unfolds.

Walking through the bustling city of Amsterdam, during the peak of summer, signs and flags are everywhere, welcoming the 15,000 plus AIDS 2018 delegates to their city.

As an academic scientist, I can sometimes find myself siloed in my own micro research area, interrogating specific questions from a purely scientific perspective, in my case: how and what type of immune response will be needed to be induced by a protective vaccine or to cure HIV? AIDS conferences are refreshing in that they unite the latest scientific advances with the people who are most affected by HIV and challenge policy makers and people in power to ensure that these scientific advances are implemented wisely and effectively.

There were a wealth of preconference symposiums and workshops to attend. Highlights included  Novel Insights from HIV-1 Pathogenesis: Links to Cure and Vaccine Strategies, where University of Melbourne Professor Stephen Kent presented recent work exploring the mechanisms behind how antibodies may help prevent HIV cell to cell transmission and Dr Jori Symons presented on latency reversing agents and ways forward for a HIV cure.

During the preconference symposium Biomedical Research Innovations in Prevention, Remission and Cure of HIV/AIDS, 30 years of biomedical research progress was summarised very elegantly by Dr Anthony Fauci, Director of the National Institute of Allergy and Infectious Diseases. The advances are impressive; 30 years ago, an HIV diagnosis was a death sentence, where the average life expectancy was only two years. Now, with the development of anti-retroviral therapies, at least in developed countries, HIV can be considered a treatable chronic disease, with a near normal life expectancy. Furthermore, there are advances such as PrEP (pre exposure prophylaxis) or treatment as prevention. Plus the “first glimmer of hope”, with the first human HIV Phase III “RV144” vaccine trial to show a moderate level of protection against HIV.

However, despite all these advances, HIV remains a major global health crisis, with a staggering 1 million deaths approximately in 2017 alone. What is clear is that the current scientific advances are not sufficient and won’t lead to the end of AIDS. Implementation, education, accessibility, stigma and a multitude of other barriers that will be discussed in detail throughout this conference all are contributing factors. When asked what should be the top priorities of biomedical HIV research for today, Dr Fauci highlighted the need for an HIV vaccine and other forms of prevention.

Dr Glenda Grey, President & CEO of the South African Medical Research Council and Co Principle Investigator of the HIV Vaccine Trials Network (HVTN) and Director of HVTN Africa Programs, presented an overview of the last 30 years in developing an HIV vaccine and the exciting recent advances. These included the fact that for the first time in over a decade, there are now three Phase IIB clinical trials underway, including one that builds on the results of the first moderately protective HIV vaccine. Another underway in South Africa involves infusions of broadly neutralising antibodies in men who have sex with men and heterosexual women, and most recently a new vaccine that recently was published this month in Lancet (Barouch et al) which will be conducted in South African women. Whether these vaccines will be efficacious, time will only tell, but the buzz of excitement and hope in the room was tangible.

The star-studded opening ceremony reminded attendees of the history, global realities and far reaching impact of HIV and AIDS. The conference’s  theme of “Breaking Barriers, Building Bridges” was discussed with personal anecdotes to impassioned rallies for change. Stigma, discrimination, marginalisation remain rife worldwide. In particular, a powerful address was given by Dutch Princess Mabel highlighting a vulnerable population that doesn’t automatically come to mind when we discuss AIDS – adolescent girls and young women between the ages of 15-24, with the staggering recent WHO statistic that up to 20 per cent of new infections in Sub Saharan Africa occur in this population.

Finally, some true giants of the field, who are no longer with us, were remembered including Professor David Cooper, director of the Kirby Institute in New South Wales, and previous IAS president and passengers of MH17, the plane that was carrying HIV researchers from Amsterdam to AIDS 2014 in Melbourne. While the grandchildren of Elizabeth Taylor reminded people of the legacy of her and Mathilda Krim, co-founders of amfAR, the American foundation for AIDS research. As a recipient of the amfAR Mathilda Krim fellowship, I feel particularly motivated to continue and do justice to her research legacy. 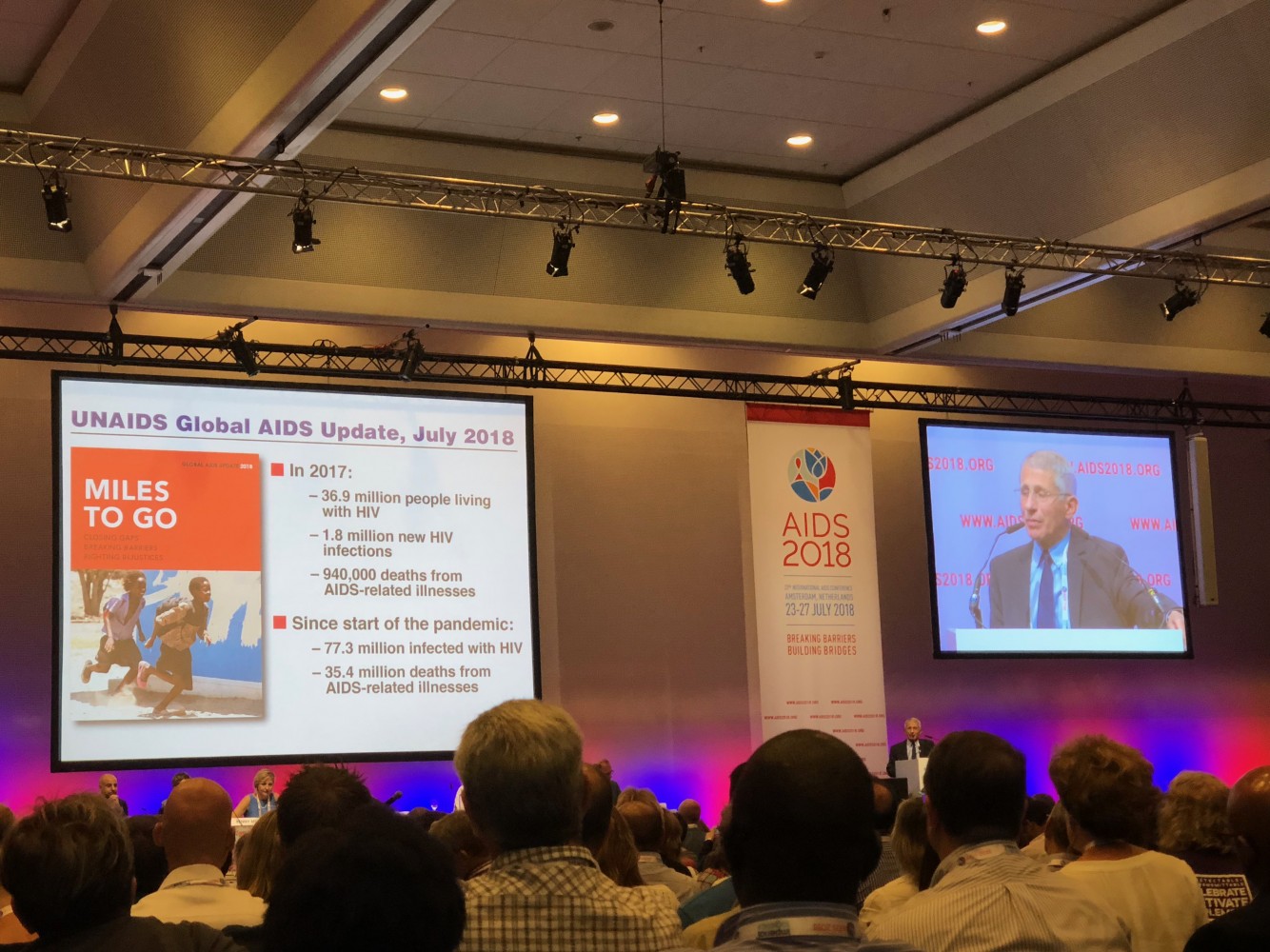