Project: Understanding the role of, and manipulating MAIT cells in protection from, diverse microbial infections

We have set up infection models in mice relevant to human diseases. By comparing the pathogen burden and pathology in MAIT cell deficient versus MAIT cell proficient mice and mice with increased MAIT cell numbers we determine in each model whether MAIT cells contribute to protection and or pathology and then characterise the underlying mechanisms of the MAIT cell mediated effects. We also evaluate the efficacy of MAIT cell-based vaccination and therapy which involve driving MAIT cell numbers and function towards better protection. 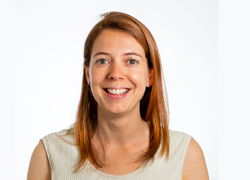 The Eckle group is part of the MAIT cell programme headed by Prof. Jim McCluskey, which also includes the group of A/Prof. Alexandra Corbett and Dr Zhenjun Chen.

Mucosal-associated invariant T cells (MAIT cells) are a recently described set of unconventional T cells restricted by the MHC-I related protein 1 (MR1). MAIT cells are found in most mammals, including humans and mice, and are the most conserved set of T cells across different species. The protective and/or pathological role of MAIT cells in infections and other conditions, such as cancer, is still emerging. In light of their high frequency in humans, their functional potency and MR1 being monomorphic, MAIT cells are considered to be promising therapeutic and vaccination targets.

We have weekly MAIT cell programme data meetings, and our groups collaborate closely on several projects. We also share lab and management resources as well as lab and office space (see Corbett Group and Chen Group)

The Eckle group is interested in understanding the role of MAIT cells in diverse infectious diseases as well as in aberrant immunity, such as in allergies. We are also interested in understanding the mechanisms that drive MAIT cell function with a particular focus on the discovery of antigens and their recognition by MAIT cell receptors. Our long-term vision is to harness MAIT cells for immunotherapies and vaccines.

We currently have four student projects on offer. However, students interested in PhD/MPhil are welcome to contact us at any time to discuss additional projects.