University of Melbourne Laureate Professor Peter Doherty, the Patron and namesake of the Doherty Institute, has been involved in research on infection and immunity for 50 years. He shared the Nobel Prize in Physiology or Medicine in 1996 with Swiss colleague Rolf Zinkernagel for their discoveries concerning the specificity of the cell-mediated immune defence and the biological role of the major histocompatibility complex (MHC).

He was and remains the first person with a veterinary qualification to win a Nobel Prize and was Australian of the Year in 1997. Still active in science and involved in large, grant-funded programs at both institutions, he commutes between St Jude Children’s Research Hospital in Memphis and the Doherty Institute where he now spends most of his time. His research over the past four decades has focused on T cell-mediated immunity in virus infections, particularly with respect to CD8+ “killer” T cell effector function and memory. Apart from his published reviews and research papers that can be found on PubMed, he is the author of several “lay” books, including A Light History of Hot Air, The Beginners Guide to Winning the Nobel Prize, Their Fate is Our Fate: How Birds Foretell Threats to our Health and our World, Pandemics: What Everyone Needs to Know, The Knowledge Wars and The Incidental Tourist. His current focus is increasingly on the public communication of science and on defending an evidence-based view of the world. 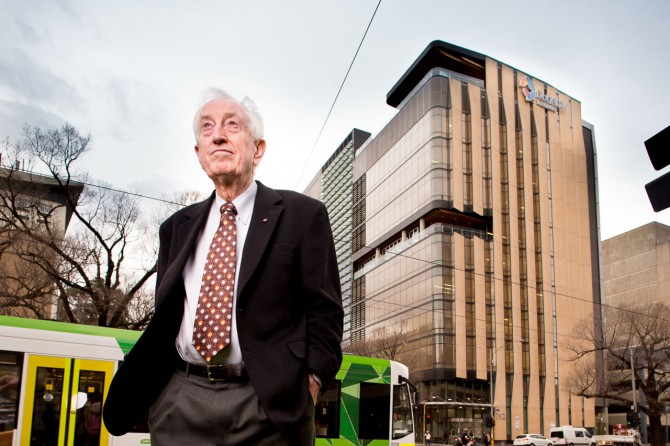 “From HIV and AIDS, to Ebola, to pandemic influenza, to mosquito-born infections like dengue and Ross River virus, to antibiotic resistant bacteria (and the list goes on), infectious diseases represent continuing threats that humanity is only partly equipped to counter. The Doherty Institute co-locates clinicians and molecular epidemiologists concerned with the treatment, prevention and monitoring of such pathogens in a high technology, biologically secure, environmentally friendly building shared by basic researchers in virology, microbiology and immunology. The Doherty Institute further serves as a unique focus for collaboration with professionals in complementary disciplines like chemistry, nanotechnology, and bioengineering, located on the campus of the University of Melbourne, and at other research institutes and universities throughout Victoria, Australia and beyond. This is a major, national resource.”